SeatPlan members have added 40 view from seat photos to help you find the best seats and book Wicked tickets and more. Choose your show and date for all photos, seat availability and prices. Help us get a photo from every seat - add your photos. 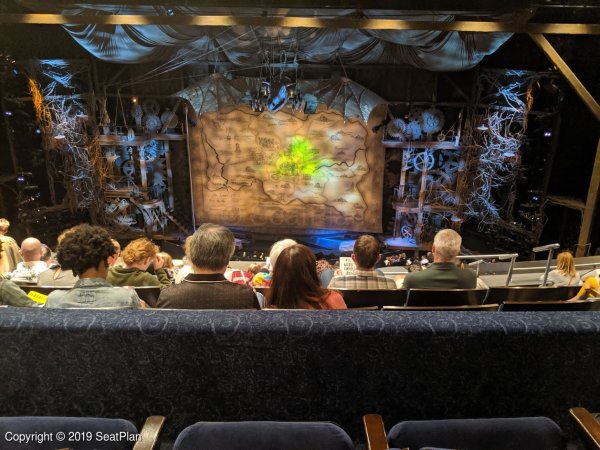 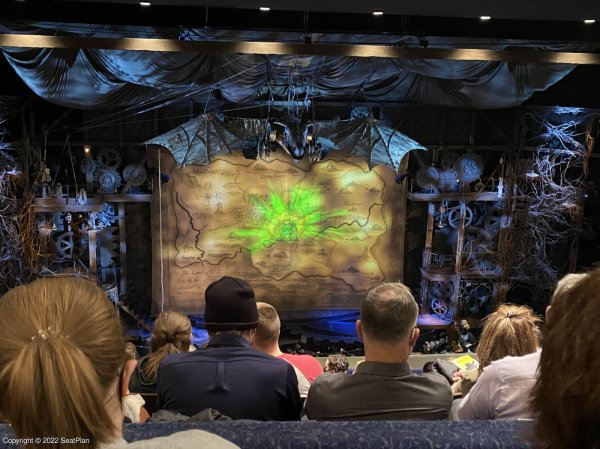 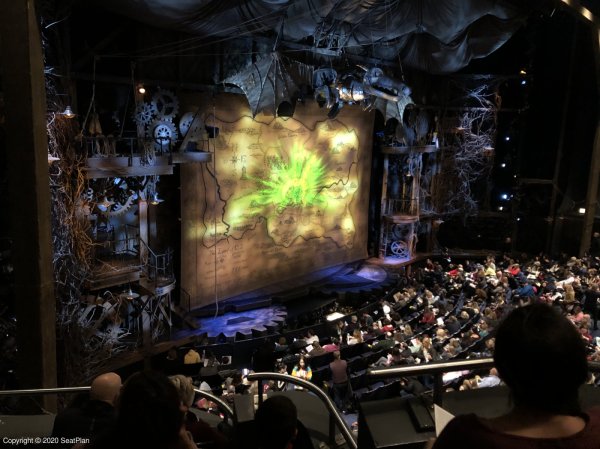 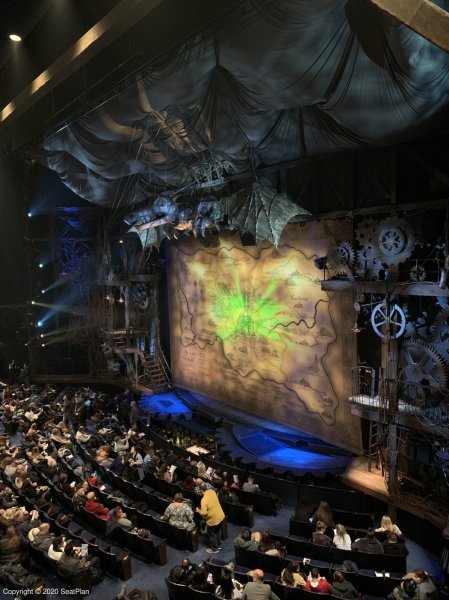 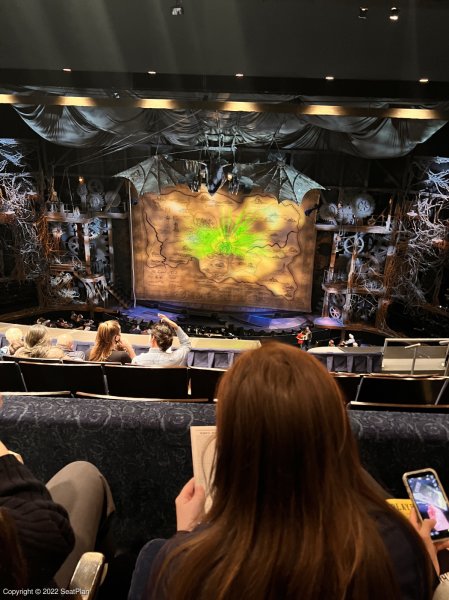 The Gershwin Theatre Mezzanine forms a balcony suspended above the Orchestra and stage. A slight rake ensures other patrons’ heads in front shouldn’t get in the way too often. Similarly to the Orchestra section below it, the Mezzanine comprises a solid central section flanked by two side sections which each feature an aisle. With a total of 635 seats, it is approximately half the size of the Orchestra. The front of the Left and Right sections veer round to the sides, positioning themselves like traditional theater boxes and giving a side-on view. The front row of the Center portion provides the best view at this level. The distance from the stage isn’t too great, but is enough to give a full spectacle of the onstage action which doesn’t require twisting the head from left to right like a closer Orchestra seat might. There is designated seating for patrons who use wheelchairs and their companions in the Mezzanine section, with step-free access.

Left Mezzanine contains the odd numbered seats, starting from 1 at the inside aisle and as high as 37 on the outside edge. Rows run from AA at the front to N at the rear. There is an aisle where row E would otherwise be, meaning that legroom at row F is particularly spacious. Rows AA and BB give a box-like feel thanks to comprising just three seats and offering a side-on view of the stage.

The even numbers can be found in the Right Orchestra section, starting at 2 beside the inside aisle and going as high as 38 on the outside edge. Rows stretch from AA at the front to N at the rear with an aisle where row E would be. Those looking for extra legroom will want to choose row F as it faces the aisle. Rows AA and BB project into the far right of the auditorium much like a theater box.

The front few rows of Center Mezzanine seating give a fantastic view of the whole stage from an elevated position. The rear seats feel quite distant from the action, on the other hand. Rows run from A at the front to M at the rear. Seats are numbered from 101 on the left (as you look at the stage) and go as high as 118 on the right. The first half of the seating in the Center is the most expensive in the Mezzanine while the rear Mezzanine seats are among the cheapest in the house.

SeatPlan's Best Views of the Stage

Choose a seat in the front row of Center Mezzanine for an unobstructed, full-stage view which can’t be beaten elsewhere in this section.

Select a seat in Right or Left Orchestra row F for vast amounts of legroom, as this is where the horizontal aisle is situated.

• The most expensive seats are the front half of the Center Mezzanine, which give brilliant views of the whole stage
• The rear Mezzanine seats are some of the cheapest in the auditorium
• The far left and right front rows take the place of traditional boxes as they are made up of just three seats and offer a side-on, projected position
• Designated wheelchair and companion seats are available in the Mezzanine, accessible step free

The front half of the Center Mezzanine is the most expensive due to its central, unobstructed views. Head to the rear Mezzanine for some of the cheapest seating in the house. Good value seats in Gershwin Theatre can be found at the rear and side Mezzanine seats, although patrons should be aware that their view will be more distant.

Two bars are available on the Mezzanine level. Guests are able to pre-order their intermission drinks here.

Ladies’ and men’s restrooms are present on the fourth floor (Mezzanine level) of the theater. Although not specifically disabled facilities, these feature wide stalls which make them more accessible than the restrooms on the second floor.