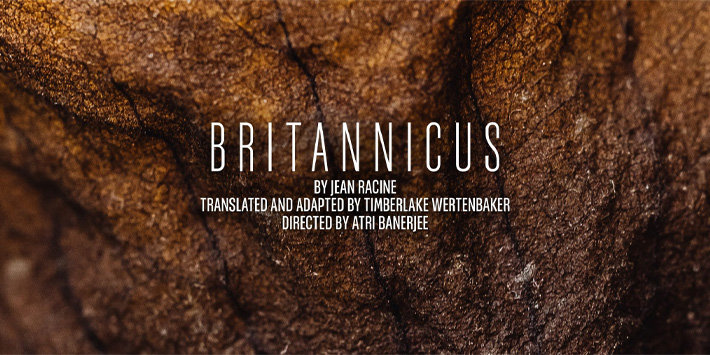 Tyranny and tragedy in Ancient Rome

Timberlake Wertenbaker’s keen eye for politics and ancient tragedies turns the story of Agrippina, Nero and their bloody quest for power into a thrilling new production at the Lyric Hammersmith.

Desperate to maintain influence after her husband’s death, Agrippina manoeuvres her son Nero into position as Roman Emperor - pushing out his half-brother and rightful heir Britannicus. However, the once virtuous Nero soon turns to tyranny in both personal and political arenas, with tragic consequences.

Exploring the corridors of power in Ancient Rome, French playwright Jean Racine’s vision of Roman history first premiered in 1669, and has been translated and adapted by Timberlake Wertenbaker (Our Country’s Good) for English-speaking audiences. Director Atri Banerjee leads this intense new production, having won the 2019 The Stage Debut Award for Best Director (Hobson’s Choice).

Experience an epic tour-de-force with Britannicus tickets. This gripping adaptation will immerse you in a centuries-old power struggle that feels as relevant today as it did hundreds of years ago.

Britannicus seat view photos show what view you will get for your money. Unfortunately we do not have any seat views for this show.

So, this is set during the early days of the reign of Nero, when his mother, Agrippina, who secur... More

So, this is set during the early days of the reign of Nero, when his mother, Agrippina, who secured the throne for him, finds herself shut out as he shows the first signs of the duplicity that would define his reign. Anyway, the play concerns both his relationship with her, and also with his step-brother, Britannicus, the late emperor Claudius' son, and so with a stronger claim to the imperial throne than Nero himself. So, nothing to do with Britain then. It is a marvellous display of unadulterated power. Nero's bloodymindedness, the way no-one can trust anyone, the complete betrayal of everything that you might consider sanctified.. there's a reason people like plays from this period in history - the emotions are so uncomplicated, although the actions are savage. The only thing I found unnecessary was the fits that everyone goes into, between scenes. We get it, it's stressful - do you really have to act out the emotion? Anyway, it's well-acted - highly recommended.

4 stars for the play and some performances, 2 for the direction. A little uneven but there is a l... More

4 stars for the play and some performances, 2 for the direction. A little uneven but there is a lot that is relevant about the corrupting impact of power.

Better on second viewing when I more clearly understood who was who etc. so worth a second viewing. Just get the feeling that it was a little under developed in terms of themes and emphasis.

Amazing show!! The resilience shown by the cast and crew in the face of illness-related absence w... More

Amazing show!! The resilience shown by the cast and crew in the face of illness-related absence was commendable - fantastic evening.

It’s quite weighty play with lots of heavy themes around power and what one has to do to get it.... More

It’s quite weighty play with lots of heavy themes around power and what one has to do to get it. Lots of scheming, manipulation and death. Lots of take in – its pretty verbose. I think the play is seriously interesting, so may take another look.

Good central performances from Nero and his mum. Powerful play still relevant today. Unfortunately, some aspects of the production are less effective. Still well worth seeing.