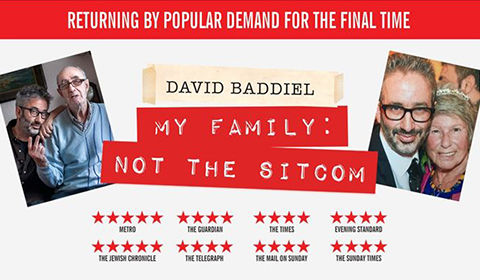 David Baddiel: My Family - Not the Sitcom Tickets

Playhouse Theatre
7 seat views
David Baddiel’s hugely funny and hilarious show My Family – Not the Sitcom has once again returned to the West End for a final run, giving audiences who missed previous acclaimed runs at both the Vaudeville Theatre and Menier Chocolate Factory another chance to see this brilliant show.

David Baddiel’s My Family – Not the Sitcom first played at the Menier Chocolate Factory in the summer of 2016, where it received huge praise from both critics and fans, selling out the entire run. Following this huge demand, the show returned to the West End for another run at the Vaudeville Theatre in September 2016.

Baddiel’s show is an incredibly disrespectful but incredibly beautiful account of the comedian’s deceased mother, Sarah, and his father Colin, who is greatly suffering with dementia. It is a classic stand up show about getting older, infidelity, memory, moral policing on social media, dysfunctional relatives and even gay cats. Baddiel invites you to come and take offence on his behalf.

During the first two runs of My Family – Not The Sitcom, the show received incredibly positive reviews from fans and critics, including a plethora of four and five star reviews from renowned critics such as Steve Bennett from Chortle and John Nathan from Metro.

Baddiel’s show has even garnered great praise from fellow comedians including David Mitchell describing it as “intriguing, insightful and very funny”, as well as Rob Brydon calling it “belly laughing, thought provoking and shocking”.

David Baddiel is one of the UK’s best loved comedy performers, having rocketed to success in the 1990s in his comedy duo with Rob Newman, during which time the pair worked on acclaimed projects such as The Mary Whitehouse Experience as well as their huge sell out gig at the Wembley Arena.

Since then, David Baddiel has also established his name as a solo act in his own right, with the acclaimed Fame – Not the Musical taking a look at the nature of celebrity and his own relationship with fame. My Family – Not the Sitcom is the comedian’s first live show in over 10 years.

David Baddiel began performances of his show My Family – Not the Sitcom at the Playhouse Theatre in London’s West End on 28th March 2017 and ran through until 3rd June 2017, giving London audiences one last chance to catch his acclaimed show.

Special notice: People who loved the comedy partnerships of Newman & Baddiel and Baddiel and Skinner should not miss this opportunity to see David Baddiel’s brilliant, heartwarming and more introspective solo work. Following two immensely popular previous runs, this is the perfect chance to have another opportunity to see this show.

SeatPlan Recommends: The Stalls in the Playhouse Theatre tend to give good visibility in most seats and the Circle overhang does not impair the view too much. The Dress Circle gives very good views in the front four rows, although there is a safety rail that can get in the way in the front row.

The Upper Circle can offer some of the best value for money seats, however a steep rake and feel quite away from the stage.

This was a thoroughly enjoyable show. I found David Baddiel completely likeable and such a wo... More

This was a thoroughly enjoyable show. I found David Baddiel completely likeable and such a wonderful story-teller. His anecdotes about his mother and her 20 year affair with a family friend, along with how he is coping with his father’s dementia made for a great evening’s entertainment. Sometimes the jokes were a little ‘below the belt’ and hard to stomach but overall, the humour kept me enthralled for 2 hours. It was good to have a Q&A afterwards about his family life.

The show was so much better and very different to what I had expected. Excellent production. Love... More

The show was so much better and very different to what I had expected. Excellent production. Loved the humour. Would thoroughly recommend it.

A brilliantly funny autobiographical routine about his mum and dad and celebrating their lives an... More

A brilliantly funny autobiographical routine about his mum and dad and celebrating their lives and differences! Bought a tear to my eye at times! Excellent.

LOVED this show! What a breath of fresh air in the West End. I'm not of the David Baddiel generat... More

LOVED this show! What a breath of fresh air in the West End. I'm not of the David Baddiel generation, so am not too acquainted with his comedy shows. He is such a personality, incredibly charismatic and a wonderful storyteller. My Family: Not the Sitcom is a heartbreakingly hilarious look at his family - and it really resonated with me. Thought it was outstanding and would recommend to anyone for a very good night out.

It gets personal. He's witty, funny and very honest. I do have the urge to follow him on twitter. 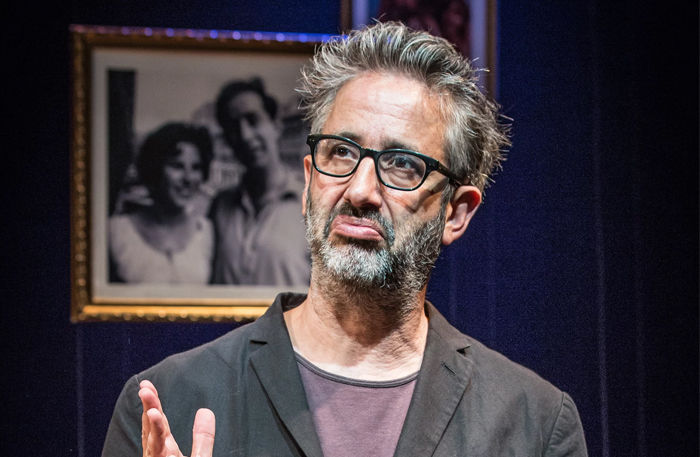 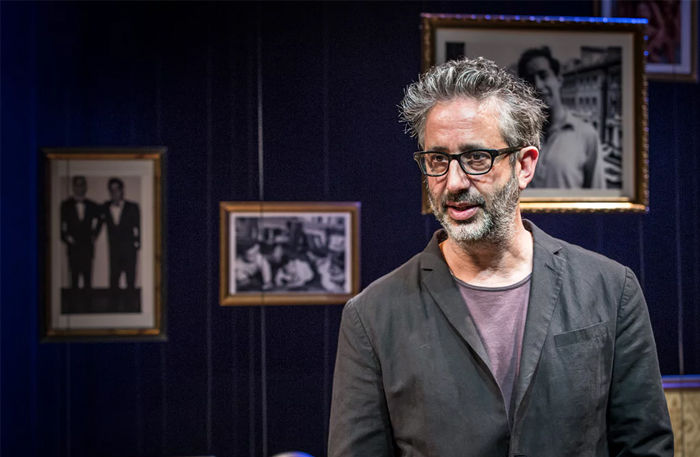 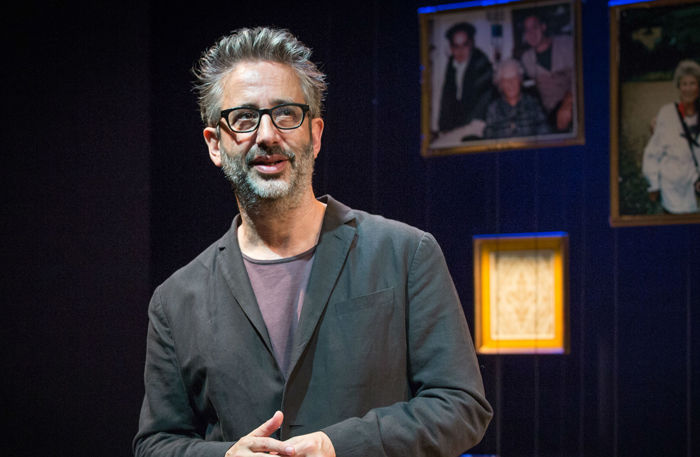 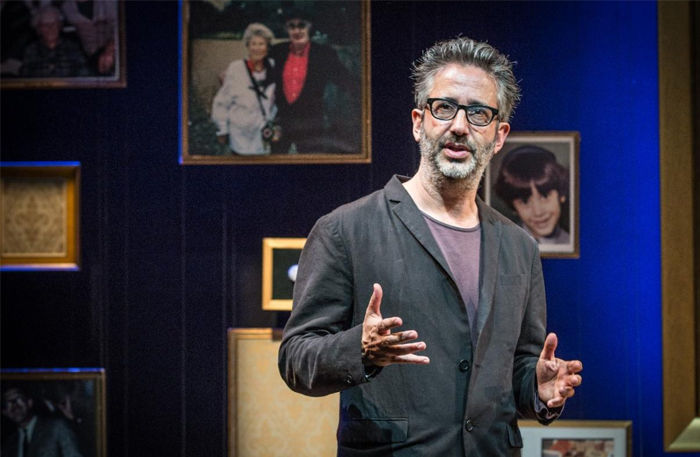 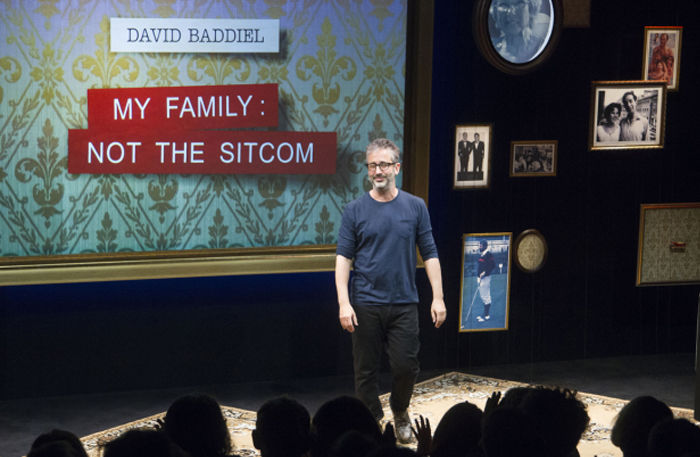