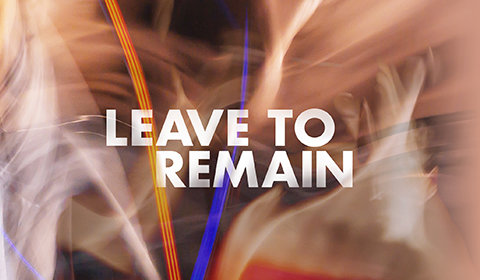 Lyric Hammersmith
19 seat views
A young, gay couple just want to be together and lead a normal life, but the British Government’s ‘hostile environment’ policy has other things in mind. As they are forced to navigate the Home Office’s visa process, which is designed to divide families, Leave to Remain is the powerful new play that tells the story of their love with movement, music and gripping text.

Matt Jones (Mr Selfridge, Doctor Who, Torchwood) and Kele Okereke, who is founding member of music band Bloc Party, have jointly written the script and songs, and Robby Graham directs. Graham is the Artistic Director of Southpaw Dance Company, with recent credits including choreography for the National Theatre’s Pericles and Angels in America, and co-directing Jonathan Harvey’s Beautiful Thing for the Greenwich and Docklands Festival.

Tyrone Huntley takes on the role of Obi. Named by the Evening Standard as one of London’s hottest new talents, Huntley has an incredible list of credits, including the West End productions of Jesus Christ Superstar, Dreamgirls and Memphis, as well as Angry, Homos or Everyone on America and regionally A Midsummer Night’s Dream and Hairspray.

A visceral new production, Leave to Remain runs for a limited season at London's Lyric Hammersmith from 18 January to 16 February 2019, with a press night on 24 January 2019. This relevant piece of new writing addresses an array of themes, from politics to family to love, and the power the government has to keep couples together or tear them apart.

Special notice: This production will certainly appeal to a broad range of theatregoers. Audiences who love interdisciplinary performance, theatre that addresses current socio-political issues and fans of Tyrone Huntley will all take something from this show.

Sorry this show closed 16 February 2019, we recommend these similar productions.

Leave to Remain seat view photos show what view you will get for your money. Unfortunately we do not have any seat views for this show.