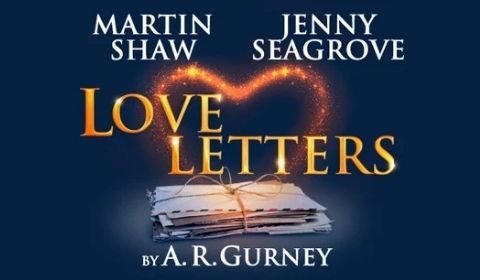 Martin Shaw and Jenny Seagrove return to the West End for a revival of Love Letters at Theatre Royal Haymarket. The production marks the re-opening of the theatre for a series of COVID secure performances touching on the nuances of a decades-long friendship.

Andrew Makepeace III and Melissa Gardner first encounter each other as children but stay in touch for over 50 years. From postcards and birthday cards to letters written during the war, the pair’s written correspondence reveals missed opportunities and the nostalgia of a lifelong, complicated connection.

A. R. Gurney’s Pulitzer Prize-nominated play was first performed in London at Wyndham’s Theatre. This revival of Love Letters at Theatre Royal Haymarket is directed by Roy Marsden.

Charting the dreams, disappointments and connection of two people physically apart, Love Letters is a bittersweet and universally relatable play. It opens in London at Theatre Royal Haymarket on 19 May 2021.

Sorry this show closed 13 June 2021, we recommend these similar productions.

Love Letters seat view photos show what view you will get for your money. Unfortunately we do not have any seat views for this show.