There’s chaos on and off stage in Michael Frayn’s Noises Off! The classic comedy returns to the West End for its 40th anniversary, with a cast led by Felicity Kendal.

With razor sharp timing and mischevious humour, Noises Off is one of the most beloved British comedies ever staged. It follows a touring theatre company’s disastrous attempts to present their latest show, Nothing On. They stumble their way through rehearsals, fumble through a performance in Ashton-under-Lyne, and deliver their cringe-worthy pièce de résistance: an absolutely catastrophic show in Stockton-on-Tees.

Michael Frayn’s play-within-a-play debuted in 1982 and has been entertaining audiences across the UK with non-stop mishaps and high-energy physical comedy ever since. Now in its fourth decade, Theatre Royal Bath and director Lyndsay Posner’s anniversary production transfers to the Phoenix Theatre.

The Noises Off West End cast boasts actors with fantastic comic backgrounds who’ll have you rolling in the aisles, including Felicity Kendal as Dotty Otley, Tracy-Ann Oberman as Belinda Blair and Matthew Kelly as Selsdon Mowbray.

It’s one of the UK’s most popular farces and hasn’t lost its hilarious touch after all these years. Book Noises Off tickets and find out why it has become a classic.

Noises Off seat view photos show what view you will get for your money. Click 'book this seat' and we will search for availability for your chosen seat.

Earn double Rewards points by adding your Noises Off seat view photo! Use your points for Theatre Tokens and Encore Tickets vouchers and get money off your next theatre trip.

The show first hit the London stage in February 1982 at the Lyric Theatre, Hammersmith before mov... More

The show first hit the London stage in February 1982 at the Lyric Theatre, Hammersmith before moving a month later to the Savoy Theatre. In 1992 it was turned into a movie starring such names as Michael Caine, Denholm Elliott, Christopher Reeve, Julie Hagerty and Carol Burnett. It’s pure, unadulterated slapstick comedy that’s all about sardines, doors and perfect comic timing. It’s a farce (“Nothing On”) within a farce, structured into three parts where, in part one, the audience see the final tech/dress rehearsal, with many issues needing ironing out before the next day’s premiere. In part two, the play’s tour has moved on and we see from the backstage perspective of the play where relationships have soured, and tempers have risen. The final part, which is near the end of the tour’s run, is seen back on the original set, where all hell breaks lose, as nothing goes to plan but it does go spectacularly wrong. It’s farcical, it’s mad, it’s fast-paced but it will have you rolling in the aisles with non-stop laughter. In a word, it’s brilliant! The standout for me was Joseph Millson whose sheer energy on stage (much like that of Basil Fawlty in Fawlty Towers), is outstanding. However, the entire cast were superb, and richly deserved the standing ovation albeit I thought Matthew Kelly was sadly a rather watered down Selsdon. I could so easily write about the brilliance of Felicity, Alexander, Sasha and Tracey-Ann but then the review would go on forever. My advice…Go see it, you won’t be disappointed! The staging, both the set and behind the scenes were just phenomenal, not surprisingly taking a few minutes between parts two and three to rotate, giving audiences ample time to stretch their legs. I suppose the wardrobe department has a full time job cleaning Joseph’s suit after his nightly, highly energetic performances.

Utter chaos, brilliantly funny, an incredibly talented cast including the legend that is Felicity... More

Utter chaos, brilliantly funny, an incredibly talented cast including the legend that is Felicity Kendal and the wonderful Tracy-Ann Oberman, expertly choreographed to ensure maximum carnage, this amazing farce has energy and humour in abundance!

I’ve seen Noises Off twice before, but many years ago. This version didn’t disappoint: the cast c... More

I’ve seen Noises Off twice before, but many years ago. This version didn’t disappoint: the cast coped very with all the different physical elements and the frenetic pace. Very funny!

Great - full energy comedy farce. I have seen various productions of the show before, and this on... More

Great - full energy comedy farce. I have seen various productions of the show before, and this one is one of the best. Perfect for a dull rainy January day - good to lift spirits!

Funny and ridiculous. Physical comedy and great performances, especially Tracy Ann oberman and felicity Kendall. Worth a watch if you want to see something you don’t have to think about too much and you like to laugh! 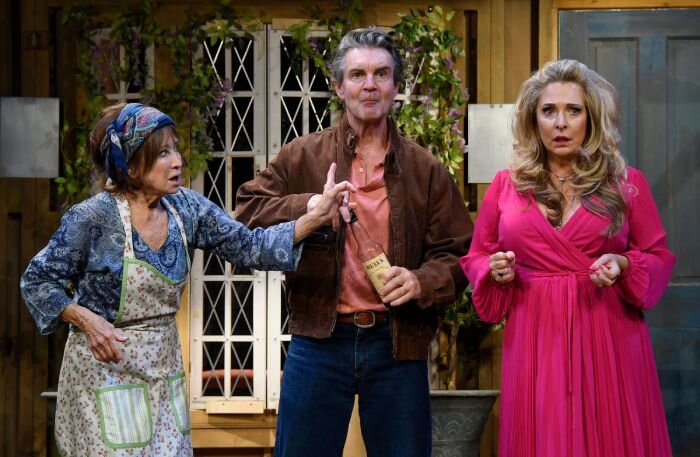 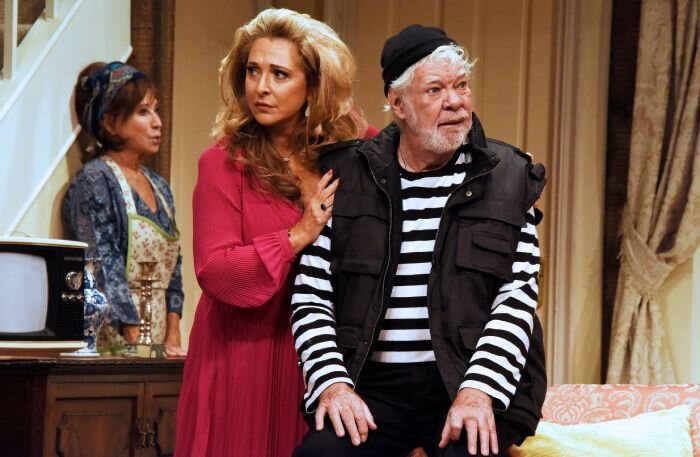 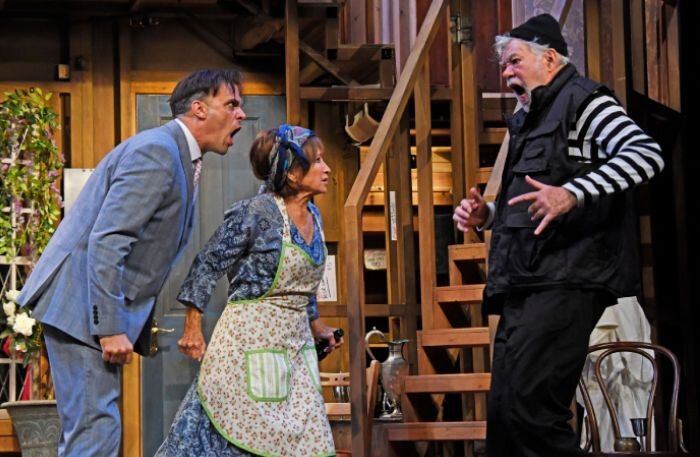 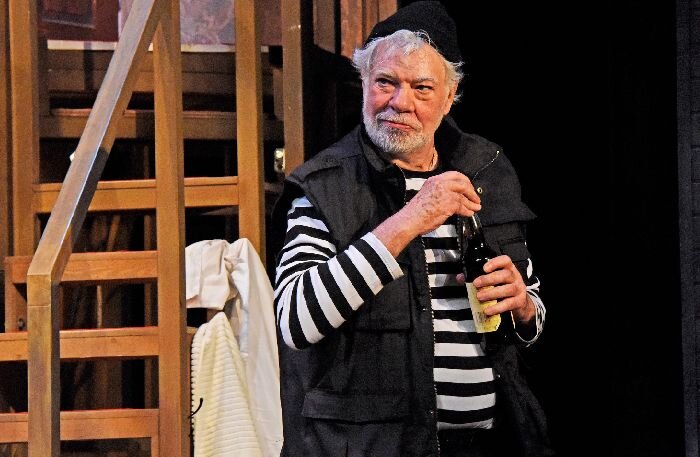 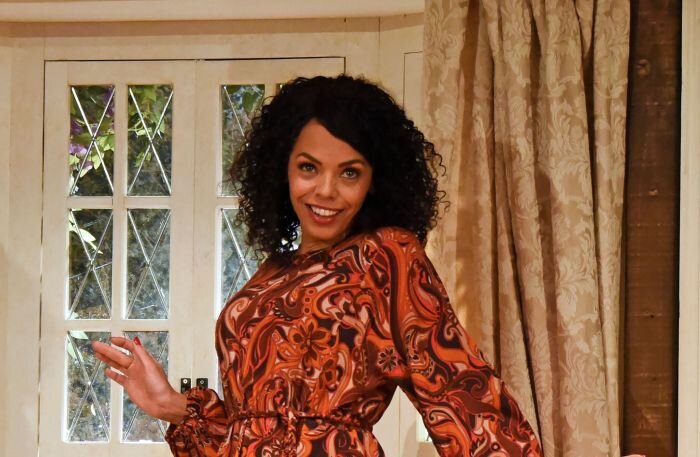 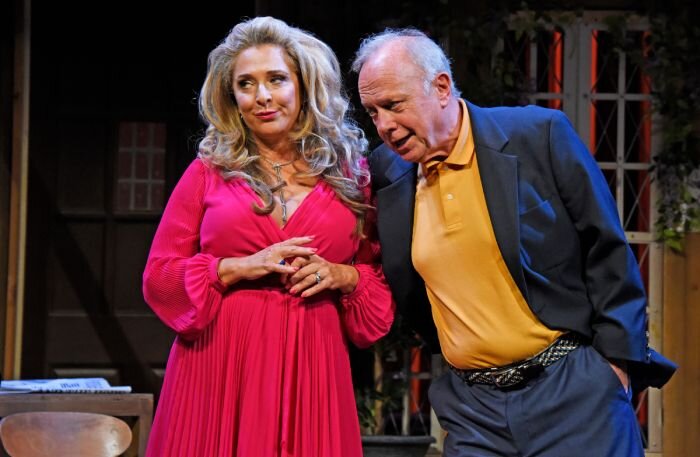