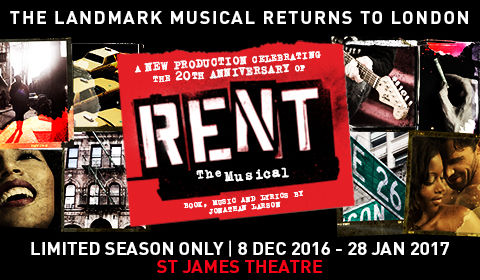 The Other Palace
53 seat views
To commemorate 20 years since the original Broadway production, Rent returned to London’s West End in winter 2016 for a Christmas run at the St James Theatre, which was well suited to the plot's seasonal, yet not traditionally very festive, opening.

Rent is the ground-breaking 1996 rock musical by Jonathan Larson, which is a loose adaptation of the 19th century opera La Bohème by Giacomo Puccini. Set in New York’s East Village, the plot follows a group of young and poor artists, attempting to survive and create art during the thriving days of Bohemian Alphabet City.

With the shadow of the HIV and AIDs crisis hanging over them, their poverty and their lifestyle fuel both their art and lifestyle. With the network of friends, lovers and artistic collaborators, supporting each other through life and in the shadow of possible impending death.

Creator Jonathan Larson, famously died abruptly before the opening night, without seeing any of the success of the initial off-Broadway production, which won the Pulitzer Prize for drama, before being transferred to a larger Broadway venue where it won four Tony awards.

Following a London West End transfer in 1999 and a huge range of tours, Rent was also made into a film in 2005, with the majority of the original cast reprising their roles, including Rosario Dawson and Idina Mendez.

This new 20th anniversary production was directed by Director of The National Youth Theatre of Wales, Bruce Gurthrie, known for his work on acclaimed production such as The Man on Her Mind, Man to Man and The Merchant of Venice.

The cast was packed with West End stars such as Ross Hunter (We Will Rock You, Legally Blond, Rock of Ages, The Book of Mormon) as Roger, Billy Cullum (Matilda, Charlie and the Chocolate Factory) as Mark, Ryan O’Gorman (Les Miserables, Phantom of the Opera, Billy Elliot) as Tom, Shanay Holmes (Thriller, The Bodyguard, Close To You) as Joanne, Layton Williams (Billy Elliot, Thriller, Lord of the Flies) as Angel, Philippa Stefanie (In The Heights, I Can’t Sing, Ghost the Musical) as Mimi and Lucie Jones (X Factor Finalist, Legally Blone, Ghost the Musical) as Maureen.

With a cast of brilliant up and coming West End actors, a strong creative team and one of the most groundbreaking musicals of the 90s, this production wonderfully celebrated Rent’s 20th anniversary in true style during winter 2016. Performances began on the 8th December 2016 at the St James Theatre and ran until 28th January 2017.

Special notice: Any fans of the original musical or film should not miss the chance to celebrate Rent’s 20th anniversary in London’s West End. With a brilliant cast of up and coming West End starts, it is certain to be a performance to rival the 1996 original.

For those who have never seen it before, the cutting insight into the dark and impoverished world of the HIV and AIDs crisis, juxtaposed against the brilliance, resilience and creativity of the New York arts scene is definitely not to be missed by those who enjoy politically driven theatre. With a basis in sex, drugs and violence, this will be a production not suited to young children however.

Sorry this show closed 24 December 2016, we recommend these similar productions.

SeatPlan Recommends: The St James Theatre is a reasonably small and modern theatre with all seating in one single main block in the Stalls, generally allowing far better seating on average than the more traditional theatres in the West End.

The front rows are level with the stage and offer a good view, so if gotten for a cheap price and be some of the best value for money seats in the venue.

Leg room and comfort tends to be of a high standard throughout, however those towards the end of some aisles may find this slightly less so due to the layout. With no central aisle, it should also be considered that if you prefer ease of access, that it may be recommended to stick to the seats on the outer edges. 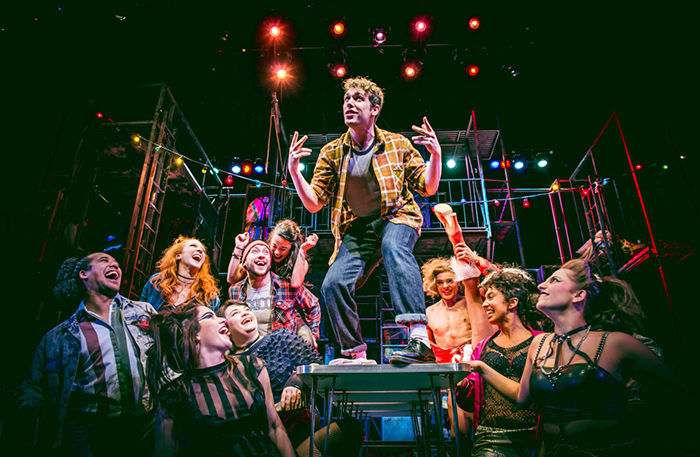 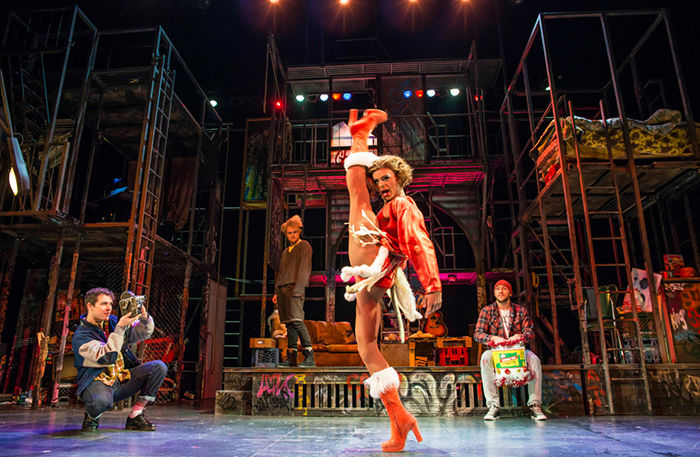 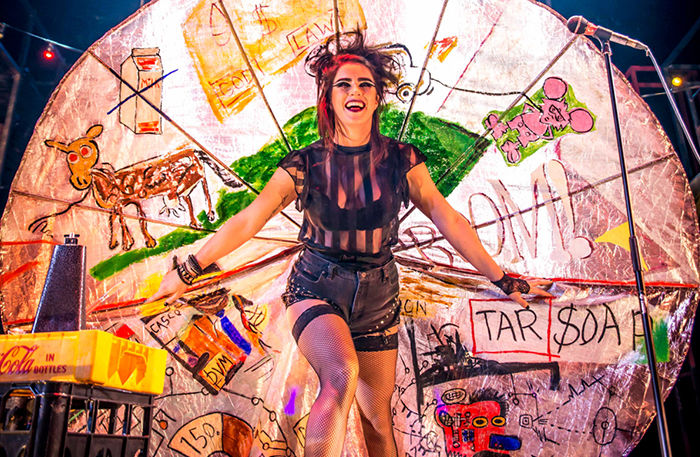 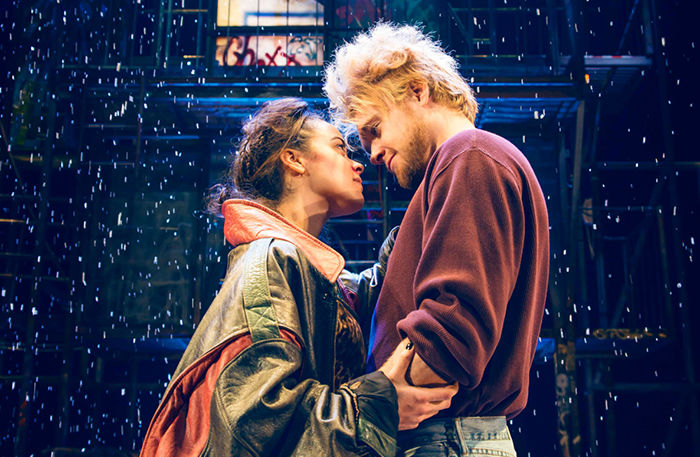 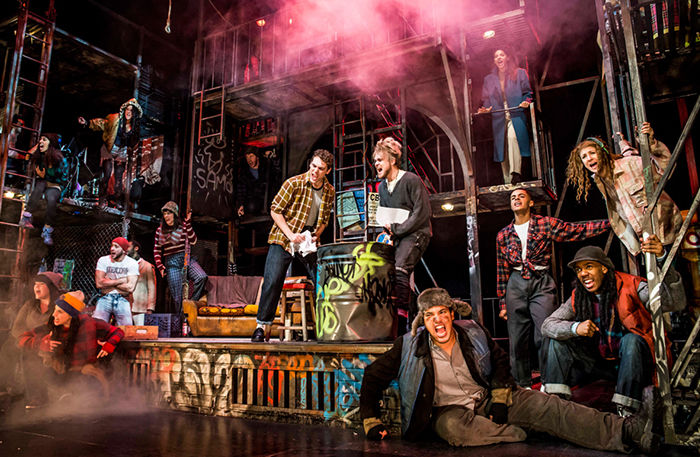 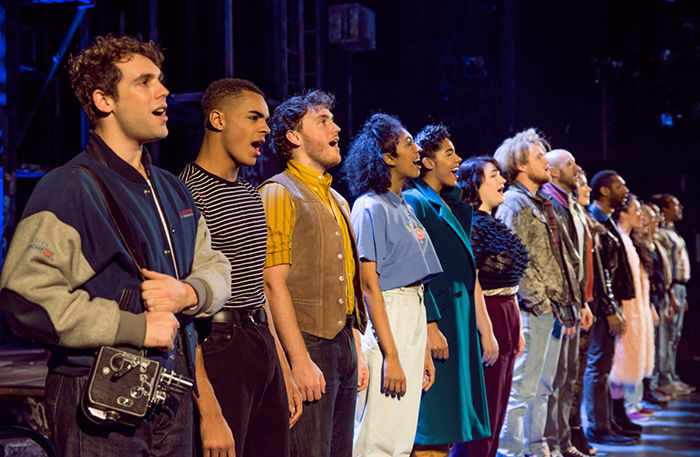 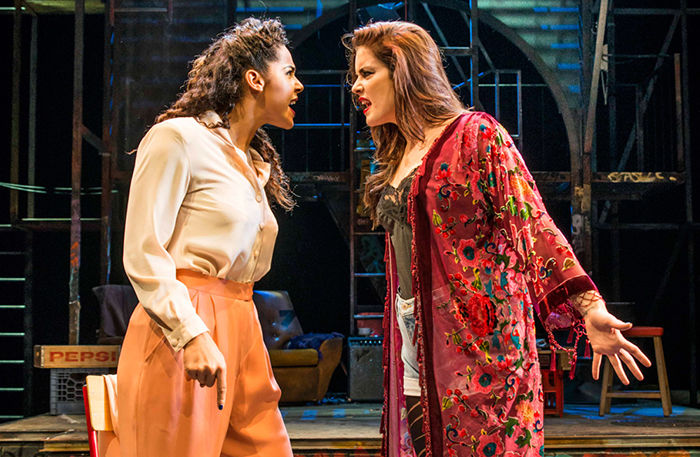