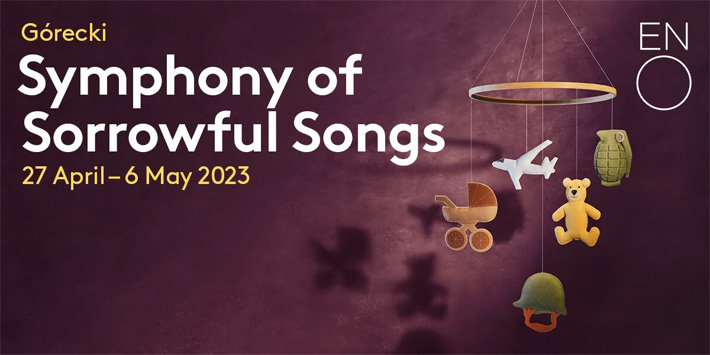 A masterpiece of modern classical music

Be moved by powerful stories of love, loss and motherhood as Polish composer Henryk Górecki’s masterful Symphony of Sorrowful Songs is staged at the London Coliseum.

Comprising three parts from three sources, Symphony is a powerful and evocative meditation on family and grief in many forms. It includes a 15th century lament inspired by Mary, mother of Jesus; an 18 year old’s message written on the walls of a Gestapo prison; and a folk song about a mother searching for her son after the Silesian uprisings.

Górecki’s masterpiece immediately shot to the top of the classical music charts upon release in 1992, and having struck a chord with listeners is now the best selling contemporary work of our time.

Book Symphony of Sorrowful Songs tickets to experience this hugely influential and emotional work, reimagined live on stage in London.

Special notice: Symphony of Sorrowful Songs is sung in Polish, with English surtitles displayed above the stage.

Symphony Of Sorrowful Songs seat view photos show what view you will get for your money. Our users will start adding seat views when the show opens.