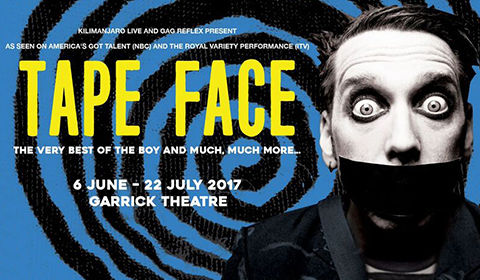 Garrick Theatre
13 seat views
In his distinctively funny and unique show, global megastar of comedy Tape Face is set to touch down in the Garrick Theatre in London for a 7 week run of hilarious performances, set to begin on 6th June 2017.

Tape Face is the name given to the show created by the New Zealand street performer Sam Willis, who has blended together his talent for mime, comedy and clowning to create his incredible on stage persona, that was previously known as The Boy With Tape on His Face.

Tape Face has won a huge range of awards including the 2011 Chortle Award for Best Breakthrough Act, the Fred Award at the New Zealand International Comedy Festival in 2012, the Adelaide Fringe Award for Best Comedy & Pick of the Fringe, the 2013 Chortle Best Variety Act, the 2012 Edinburgh Comedy Panel Award and was even selected to perform at the Royal Variety Performance in 2011.

He shot to international stardom in 2016 when he appeared on the American TV talent show America’s Got Talent, becoming one of their most successful contestants and even making it to the final.

Tape Face is the show that the world can’t stop talking about, with a unique blend of mime and comedy that has to be experienced to be believed. Beautifully visual, hilariously moving and heart-stoppingly tense, this a show that will make you both laugh and cry and when it’s all over, you’ll be completely lost for words.

Tape Face is mime with noise, stand-up with no talking – drama with no acting. As a former circus act and street performed in his home of New Zealand, Sam Willis began moulding all the best of these past performances into the spectacular The Boy With Tape On His Face in 2008, which became a runaway success at all the year’s comedy awards.

After becoming a smash hit at Fringe festivals across the world and becoming a hugely successful TV star in America, Tape Face returns to the UK for his biggest London run ever for seven weeks at the Garrick Theatre in the West End. Tape Face will begin performances on 6th June 2017 and will run until 22nd July 2017.

Special notice: Tape Face is the perfect show for anyone who loves comedy and wants to experience something a little bit different. With Tape Face reaching great acclaim anywhere he goes, this is one show not to be missed if you want a good laugh. For those who have seen Sam Willis perform previously under the name The Boy with Tape on His Face, you shouldn’t miss the chance to see his even bigger and better new show.

Sorry this show closed 23 July 2017, we recommend these similar productions. 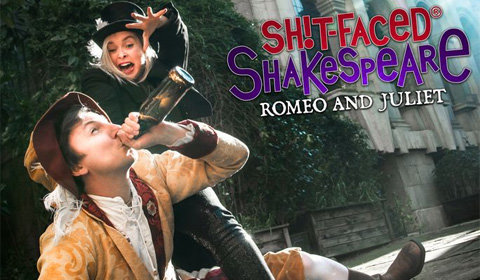 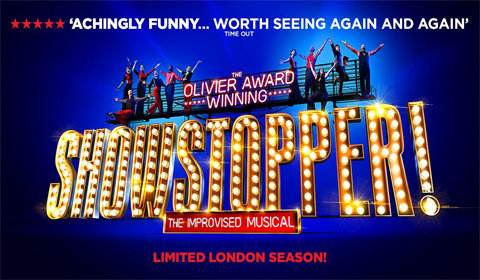 SeatPlan Recommends: The Stalls are very deep and the rear section can be quite restricted as well as having narrow leg room and pillars in Rows S and N. The best seats are generally in rows AA-L however a high stage can leave you craning your neck in the front few rows.

The Dress Circle has a deep curve meaning seats towards the ends of rows offer a side-view, however seats in the centre can offer some of the best views, feeling very close to the stage and with no safety rail. The Grand Circle is a similar lay out, however higher up so generally should be avoided if possible.