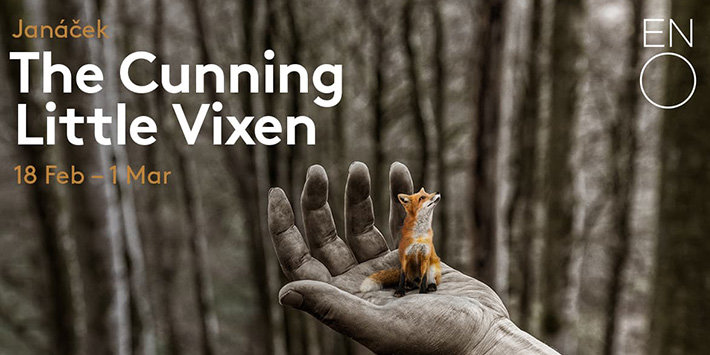 A haunting tale of humans and nature

English National Opera brings a moving tale of man and nature to the West End with The Cunning Little Vixen. Czech composer Leos Janáček’s classic opera is staged in a new production at the London Coliseum.

As a young cub, Sharp Ears is captured by a local Forester, who ties her up in his backyard. When she eventually escapes back to the forest of her youth, he is left haunted by the memories of the clever vixen he tried to control.

Moving through the worlds of animals and humans, The Cunning Little Vixen incorporates elements of Moravian folk music as part of Janáček’s dramatic score.

This new staging is conducted by ENO Music Director Martyn Brabbins, and directed by rising star Jamie Manton. Cast includes soprano Sally Matthews as the Vixen, baritone Lester Lynch as the Forester, and soprano Pumeza Matshikiza as the Fox.

Discover a classic European opera with a beautiful message with The Cunning Little Vixen tickets. It opens at the London Coliseum for a limited season on 18 February 2022.

Sorry this show closed 01 March 2022, we recommend these similar productions.

The Cunning Little Vixen seat view photos show what view you will get for your money. Unfortunately we do not have any seat views for this show.