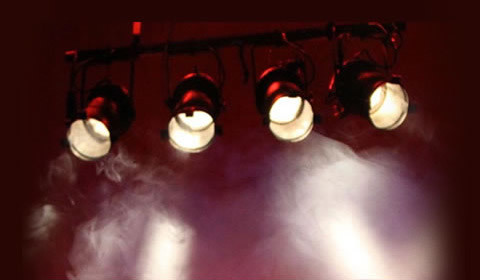 Theatre Royal Haymarket
42 seat views
Bradley Cooper receives his West End debut in a transfer of Broadway’s highly-acclaimed, box-office smash-hit The Elephant Man, set to open at London’s Theatre Royal Haymarket. An extraordinary drama based on the true story of Joseph Merrick, this revival of Bernard Pomerance’s Tony Award-winning The Elephant Man charts the journey of a disfigured man who becomes part of a travelling ‘freak show’ circuit.

Set in the 19th century, The Elephant Man follows the real Joseph Merrick, who survives a rare and extreme swelling disorder that leaves him detrimentally deformed from early childhood. After being rejected by his family, Merrick enters the workhouse and soon volunteers to become Sam Torr’s sideshow exhibit in a travelling ‘freak show’. Eventually, he is pushed back to poverty and is taken in by Doctor Frederick Treves, who begins to study Merrick’s strange disease. When Treves introduces Merrick to Mrs Kendal, a complex friendship blossoms between the three, who inevitably struggle to protect The Elephant Man from a world of dubious intentions.

The Elephant Man is directed by six-time Tony nominee Scott Ellis (The Mystery of Edwin Drood), with design by Timothy R. Mackabee, costume design by Clint Ramos, original music and sound design by John Gromada and lighting design by Philip S. Rosenberg. A unique and heart-warming story, The Elephant Man travels into the Theatre Royal Haymarket for a limited season.

Special notice: Fans of Bradley Cooper will enjoy seeing him in this grounded role. The Elephant Man is only suitable for those aged 12 and up.

Sorry this show closed 29 November 0002, we recommend these similar productions.

SeatPlan Recommends: The Theatre Royal Haymarket offers the best views from the Stalls and Dress Circle. Optimum views are in the middle of the Stalls, due to the high stage.

Bradley Cooper. He was an excellent actor, but he did not convince me. He is a handsome guy. The elephant... More

Bradley Cooper. He was an excellent actor, but he did not convince me. He is a handsome guy. The elephant man and a deformed person, showing the beauty of his soul.

I would be lying if the thought of seeing Bradley Cooper live wasn't the main reason for wanting to see... More

I would be lying if the thought of seeing Bradley Cooper live wasn't the main reason for wanting to see this play. but it was so much more than a A-List celebrity headline. It was a moving play that shows that even though you may look different we are all the same inside, maybe even smarter than those who are pretty. Bradley was amazing, managing to transform his body to reflect the elephant man, and make the audience believe throughout. So happy I saw this play. http://www.rosereview.co.uk/?p=268