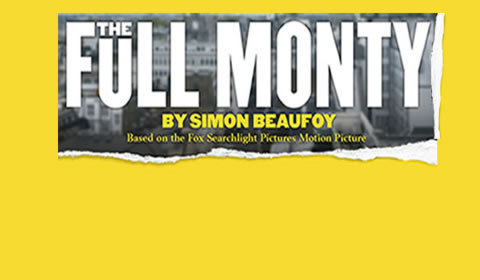 Noel Coward Theatre
1 seat views
Following a sell-out UK tour, risqué comedy The Full Monty dances its way into London’s West End, transferring to the Noel Coward Theatre in February 2014. Based on the 1997 smash-hit film of the same name, Oscar-winning screenwriter Simon Beaufoy brings The Full Monty to the stage in a rip-roaring, trouser-dropping adaptation.

Similarly to the original British film, The Full Monty follows six out of work Sheffield steelworkers living in a town on the brink of collapse. Desperate to avoid poverty, they make a last-ditch attempt to dodge the dole queue and come up with a more inventive way to make some money. In an unlikely turn of events, they quickly become a sought after troupe of male strippers! The Full Monty features the much-loved tunes of Tom Hones, Donna Summer and Hot Chocolate.

Adapted for the stage by original screenwriter Simon Beaufoy, The Full Monty is directed by Daniel Evans (Sunday in the Park with George), with design by Robert Jones, choreography by Steven Hoggett, lighting design by Tim Lutkin and original music and sound design by Ben and Max Ringham. A smash-hit across the UK, The Full Monty is the hilarious and heart-wrenching story of comradery, love and ambition which is set to bare all at London’s Noel Coward Theatre.

Special notice: Suitable for adults only, The Full Monty is both hilarious and truly heart-warming, making the perfect night out for any theatregoer! Fans of the original film will find that not much has changed in the stage play!

Sorry this show closed 20 May 2014, we recommend these similar productions.

SeatPlan Recommends: Sit anywhere in the Stalls of the Noel Coward Theatre for an excellent overall stage! For bargains, seats towards the rear of the Stalls still offer a good view, although seats in the higher tiers may offer better overall views!

laurenlockley 03 Aug 2016
Your basket is empty.