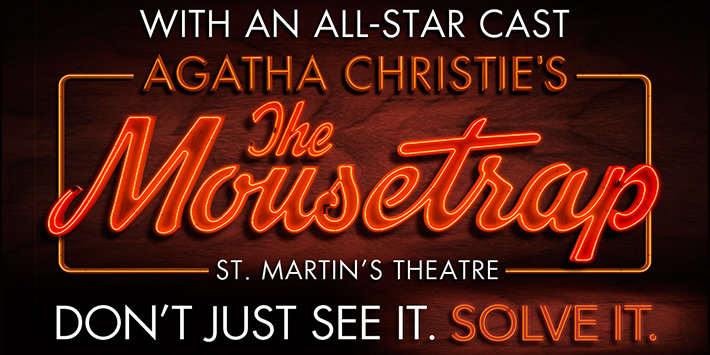 Agatha Christie’s Mousetrap is a London institution, having been performed continuously in the West End since 1952.

It started life as a radio play written at the request of the BBC for Queen Mary, and holds the distinction of being the longest-running show in the world. The Mousetrap has performed through 14 different prime ministers’ terms in office, from Winston Churchill to Boris Johnson, and over 460 actors have appeared in the show.

The Mousetrap tickets provide an authentic taste of theatre history. Just make sure you don’t spoil the ending for any future theatregoers!

What is The Mousetrap play about?

Young couple Mollie and Giles Ralston have set up a country guest house at Monkswell Manor, but their grand opening is upstaged by a grizzly murder nearby. Trapped by a snowstorm and with the killer heading their way, the residents and guests of Monkswell must figure out who is guilty.

With everyone a suspect, this ultimate whodunit has plenty of twists and turns to trap even the canniest crime fiction fans - and a surprise ending that has remained a secret for decades.

When did The Mousetrap open in London?

The Mousetrap first opened in London in 1952, and it has been thrilling West End audiences for as long as Queen Elizabeth has been on the throne. Its original West End home was the Ambassadors Theatre, and in 1974 it transferred to its current home, St Martins Theatre.

Queen of Crime Agatha Christie wrote the whodunit as a gift for Queen Mary, airing on BBC radio on 30 May 1947 under the name Three Blind Mice. Christie is possibly the world’s most famous crime writer, having written over 60 murder mysteries and created the iconic characters of Poirot and Miss Marple. The Mousetrap had its world premiere at Theatre Royal, Nottingham in 1952, before touring the UK ahead of its West End debut on 25 November 1952. Christie famously stated in her autobiography that she initially expected The Mousetrap play to run for no more than eight months.

Now in its 70th year, The Mousetrap is the longest-running show in the West End and in the world, beating Les Misérables, The Phantom of the Opera, The Woman in Black and The Lion King.

The Mousetrap sets a new record at every curtain up. When you enter St Martins Theatre, you will see a large wooden tally which displays the exact performance number you are attending. The play currently exceeds 28,000 West End performances and its only extended closure was in 2020, when the Covid-19 pandemic forced all West End venues to shut.

In its impressively long history, The Mousetrap has also hit a number of cast records. One of its original cast members, the late Deryk Guyler, still “performs” each night in a recorded radio news bulletin, whilst David Raven earned a place in the Guinness Book of Records as “Most Durable Actor” for his role as Major Metcalf at 4,575 performances between 1957 and 1968. Nancy Seabrooke also made it into the record books, racking up 15 years as an understudy in The Mousetrap.

Casting for The Mousetrap traditionally changes every year, with a huge number of famous faces having appeared since its first West End performance. Richard Attenborough starred as the original Detective Sergeant Trotter, and stars including Patrick Stewart and Julie Walters performed in a special charity performance to mark the plays’ 60th anniversary - and 25,000th performance - in 2012.

The Mousetrap keeps the secret in the West End

The Mousetrap has a brilliantly eccentric history, with its most well-known feature being the shock twist right at the end of the show. Audiences are asked to “preserve the tradition by keeping the secret locked in your hearts”, ensuring The Mousetrap’s intricate plot and compelling surprises remain just as exciting now as they were on opening night.

There has never been a film adaptation of The Mousetrap, and it is unlikely to happen any time soon! The play’s contract states that no film can be made until it has been closed in the West End for at least six months. The production famously managed to move theatres in 1974, and install a brand new set in 2000, without losing a single performance - so the only way to see this thrilling murder mystery is by booking The Mousetrap London tickets.

Book The Mousetrap tickets in London

An icon of the West End, The Mousetrap is one of the best London plays, and a must-see for any theatre-lover. Full of surprises, chills and thrills that remain just as sharp today as they were in 1952, this is an unmissable classic that continues to attract audiences from across the world.

SeatPlan Recommends:The Mousetrap is an intimate, atmospheric whodunnit. Choose seats in the front section of the stalls to feel totally immersed in the drama. We recommended opting for central seats in rows A-F, where possible. The Dress Circle offers an impressive view of the full staging.

Earn Rewards points by adding your The Mousetrap seat view photo! Use your points for Theatre Tokens and Encore Tickets vouchers and get money off your next theatre trip.

Performance number 28,915 marks the 70th anniversary of The Mousetrap playing in London’s West End. Agatha Christie thought The Mousetrap would only run for about 8 months when it opened at The Ambassador’s Theatre on Tuesday 25 November 1952. It ran for nearly 22 years before being moved next door to St Martin’s Theatre on 25 March 1974. Yesterday marked its 70th anniversary in The West End, with reports that it will debut on Broadway at some point in 2023. The gala matinée performance was a closed, invite only occasion, which predominantly saw people attend with an association to the play, throughout its history, being invited along. I was lucky enough to share this milestone celebration, as one of ten pairs of winners from The Mousetrap Memories social media competition. The current cast had only been in the roles for 1 week, but what an amazing honour to perform in front of The Mousetrap alumni. It might have been because of this, but I don’t remember the play being as funny as it was yesterday. Happy 70th anniversary to The Mousetrap, and I would love to celebrate your centennial year with you in 2052. And may you have all the success when you open on Broadway in 2023.

The world’s longest running play, which opened on 6 October 1952 in the Theatre Royal, Nottingham before... More

The world’s longest running play, which opened on 6 October 1952 in the Theatre Royal, Nottingham before being moved to The Ambassador’s Theatre, London on 25 November 1952 and finally moving to St Martin’s Theatre on 25 March 1974 where it has resided ever since. So I narrowly missed out on its 70th birthday. This performance was number 28,811. Most people will be familiar with Agatha Christie, and her work (especially with Poirot and Marple). This story is very in keeping with her ‘suspect everyone’ theme, with a grand unveiling of who the killer is, and how they did it. As has become tradition at the curtain call, the audience are sworn to secrecy. However, the characters of both Christopher Wren and Mr Paravicini throw quite a few comedic moments into the play. This is the third time I’ve seen this show, since the late 90s. Although the cast are different each time, all else is exactly as I remembered from the previous visit. (The carpet in the Great Hall might even be exactly the same one!) But for the fact this is an iconic, multi record breaking show, it’s fantastic being part of an internationally kept secret. I can easily see this reaching its 100th birthday; I will be 82 and would love to celebrate its centennial year by booking tickets once again.

Show was fantastic, humorous and dramatic at the same time. Actors were believable and played their parts... More

Show was fantastic, humorous and dramatic at the same time. Actors were believable and played their parts were. Good twist in the plot. A must see play. I can understand why this play has been running for so many years.

I loved the set, the actors were very good, and to say this play is in its 70th year the Theatre was... More

I loved the set, the actors were very good, and to say this play is in its 70th year the Theatre was packed, lots of children in the audience too. 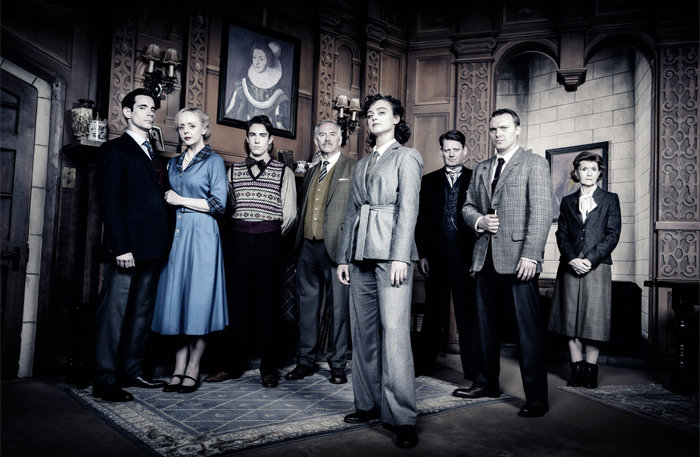 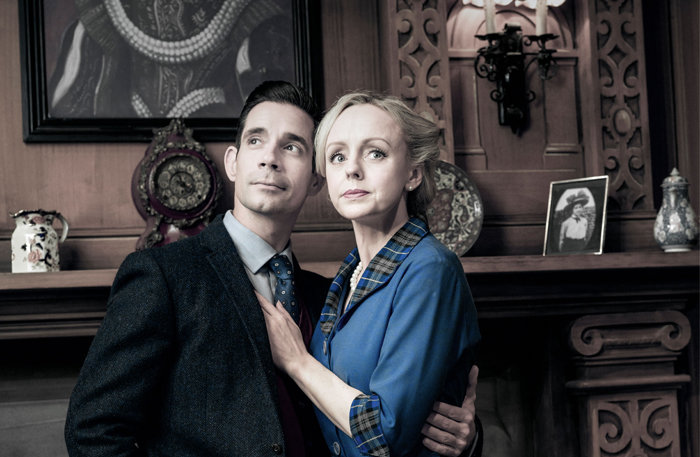 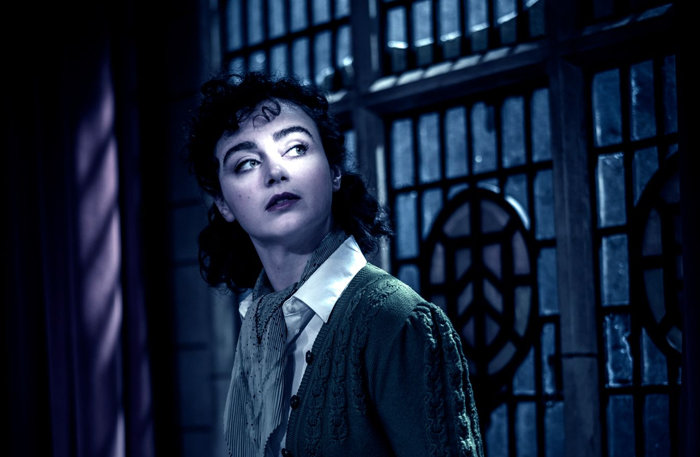 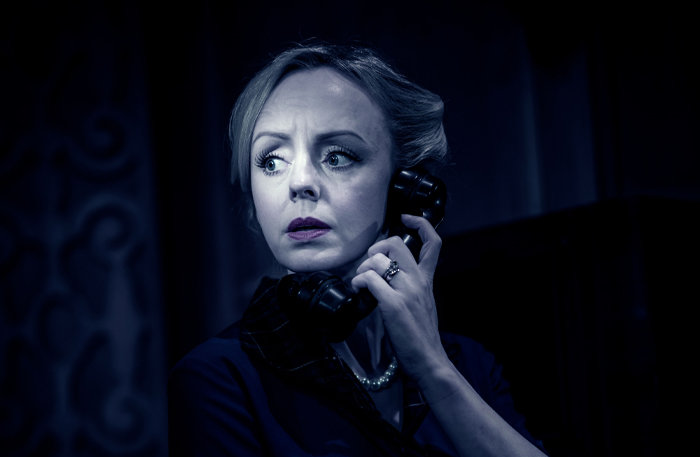 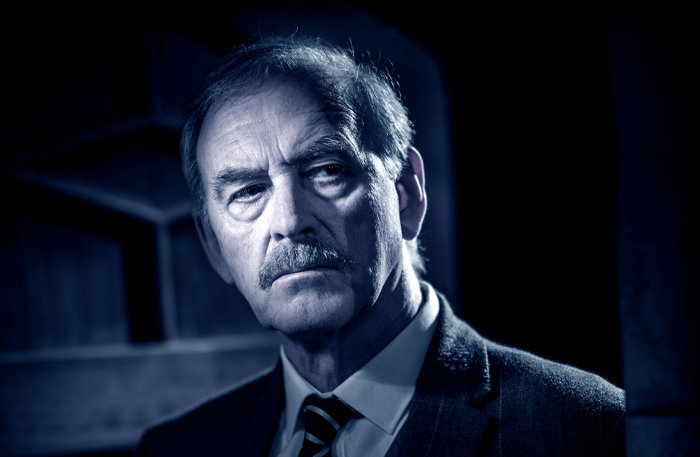 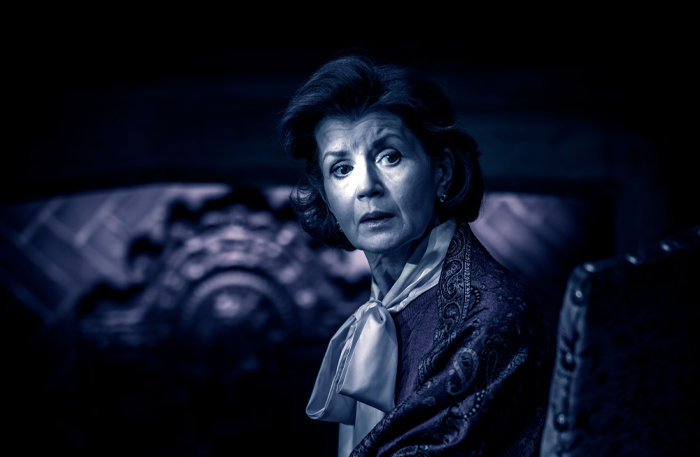