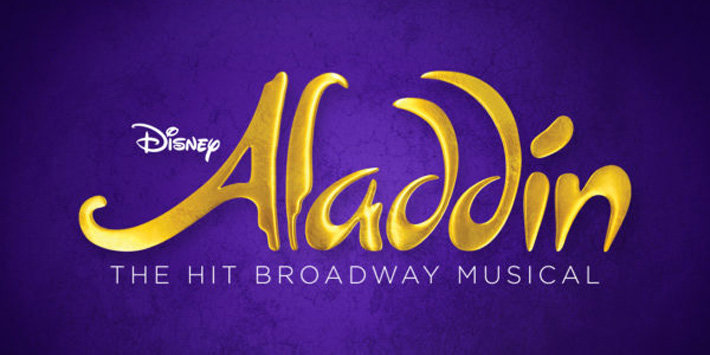 New Amsterdam Theatre
54 seat views
Casey Nicholaw’s smash-hit musical Aladdin flew onto Broadway in 2014 after a series of spectacular regional premieres in the US. Full of unforgettable comedy, beauty and vibrant set pieces, this adaptation of the classic Disney movie follows in the footsteps of the multi award-winning The Lion King. Nominated for five Tony Awards including Best Musical, Disney’s Aladdin currently plays at the New Amsterdam Theatre.

Based on the 1992 animated movie of the same name, Aladdin tells the story of a young street urchin who steals to live. When he stumbles across a magic lamp and releases the Genie, Aladdin suddenly has the chance to make all his dreams come true. With three wishes at his disposal, a whole new world is opened up and the possibilities are infinite.

Clinton Greenspan currently stars as Aladdin, having appeared in the national tour. He is joined by Michael James Scott (The Book of Mormon, Something Rotten!) as the Genie, Arielle Jacobs (In The Heights) as Jasmine and Jonathan Freeman (Mary Poppins, 42nd Street) as Jafar. Freeman previously voiced Jafar in Disney’s animated film.

Disney’s Aladdin features a book by four-time Tony nominee Chad Beguelin, whose musical The Prom is currently playing at the Longacre Theatre. Academy Award-winning composer Alan Menken (Beauty and the Beast) and lyricists Howard Ashman and Tim Rice bring the fantastically memorable soundtrack to the stage, including “Prince Ali” and “A Whole New World”, alongside some dazzling new additions that were cut from the movie.

The musical is directed and choreographed by Casey Nicholaw (The Prom, Mean Girls) with stunning set design from Bob Crowley bringing the world of the Arabian Nights to life.

Sweeping audiences into an enchanting adventure, Disney’s Aladdin the musical is an incomparable and entirely magical theatrical event.

Aladdin seat view photos show what view you will get for your money. Our users will start adding seat views when the show opens.

Earn double Rewards points by adding your Aladdin seat view photo! Use your points for Theatre Tokens and Encore Tickets vouchers and get money off your next theatre trip.