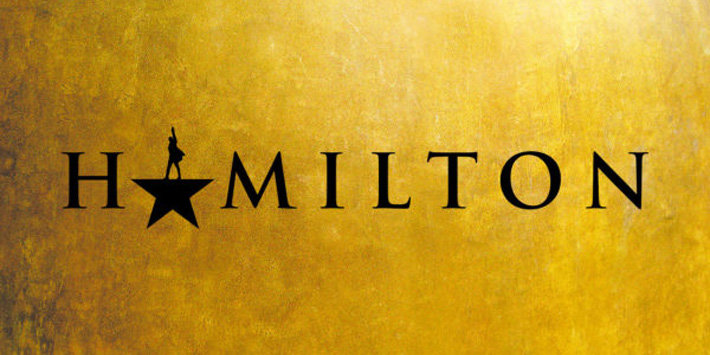 Richard Rodgers Theatre
98 seat views
Lin-Manuel Miranda’s historical rap musical Hamilton barely needs any introduction. With 11 Tony Awards including Best Musical, a massively successful West End transfer and acclaim from Barbara Streisand and Barack Obama, this radical show about the founding of America is one of the hottest tickets on Broadway.

Hamilton is the story of scrappy young dreamer Alexander Hamilton. An immigrant and orphan who rose to become one of the Founding Fathers, Lin-Manuel Miranda’s exuberant musical follows the political powerhouse who changed America forever. With its musical medley of classic show tunes, rap, R&B and pop, Hamilton is notable for its color-conscious casting and pro-immigration message which challenges the notion of what it means to be American.

Austin Scott currently stars as Alexander Hamilton, with credits including One Day Off-Broadway. Krystal Joy Brown plays his wife, Eliza Hamilton, having previously received a Tony Award nomination for Natasha, Pierre & The Great Comet of 1812. Other cast members include Daniel Breaker (The Book of Mormon, Shrek) as Aaron Burr and Euan Morton (Hedwig and the Angry Inch) as King George.

Lin-Manuel Miranda wrote the book, music and lyrics for Hamilton, inspired by a 2002 biography, and also originated the role of Alexander Hamilton during workshop performances. His many accolades include a Pulitzer Prize, three Grammy Awards, three Tony Awards and a star on the Hollywood Walk of Fame. His other writing and acting credits include In the Heights, Disney’s Moana, and Mary Poppins Returns.

Hamilton is directed by Thomas Kail, who received a Tony Award nomination for In the Heights, and choreographed by Tony and Olivier Award-winner Andy Blankenbuehler (In the Heights, Bandstand).

After making its Off-Broadway debut at the Public Theater in 2015, Hamilton was immediately hailed as a sold-out success. With international acclaim, universal praise and a truly revolutionary story at its heart, Hamilton is currently playing at the Richard Rodgers Theatre in New York.

Hamilton seat view photos show what view you will get for your money. Click 'book this seat' and we will search for availability for your chosen seat.

Earn double Rewards points by adding your Hamilton seat view photo! Use your points for Theatre Tokens and Encore Tickets vouchers and get money off your next theatre trip.

Amazing performance, outstanding choreography. The schuyler sisters were phenomenal! Unfortunately the second act started before everyone was back from the bathroom (super long queues, not enough toilets available)…..

What can I say that hasn’t already been said so I’ll let the show speak for itself... you don’t want... More

What can I say that hasn’t already been said so I’ll let the show speak for itself... you don’t want to throw away your shot to be in the room where it happens and see how the sausage gets made ;)

Hamilton is a fantastic show because of the music. The soundtrack is probably one of the catchiest on... More

Hamilton is a fantastic show because of the music. The soundtrack is probably one of the catchiest on Broadway currently. The set and costumes are relatively simple, but the music is really the star of the performance. This is why the show has many repeat viewers...simply to see the track being performed live is incredible.

The show was absolutely amazing I didn’t take my eyes off the stage once and was sad when over because... More

The show was absolutely amazing I didn’t take my eyes off the stage once and was sad when over because it was so good. The acting was amazing I thought I was watching the real story happening.

The show was excellent and very amusing.

Beautiful production. I don’t think I would have appreciated the lighting of this show as much if I was... More

Beautiful production. I don’t think I would have appreciated the lighting of this show as much if I was on the ground floor.