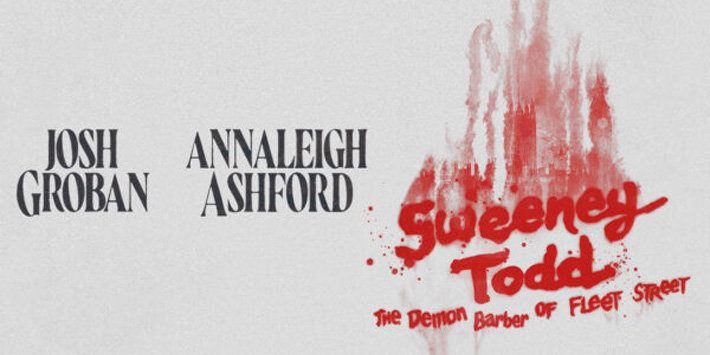 The Demon Barber returns to Broadway

Josh Groban and Annaleigh Ashford star in the famously gory musical Sweeney Todd on Broadway in 2023, in a revival that will leave you in awe of Stephen Sondheim’s towering musical accomplishments.

When Sweeney Todd returns to London after being wrongfully imprisoned, he strikes up an unlikely business partnership with Mrs. Lovett. Together, they serve up the most curious pies in all of London… and Sweeney has revenge on his mind as well.

With gloriously dark and dramatic songs that evoke the gothic world of Victorian London, Sweeney Todd is one of composer and lyricist Stephen Sondheim’s best-known musicals, featuring a book by Hugh Wheeler. For the first time since 1980, audiences can experience the tremendous score in its full glory, as Jonathan Tunick’s 26-player orchestration is performed on an epic scale at the Lunt-Fontanne Theatre.

“Swing your razor wide” and catch some Sweeney Todd tickets when this chilling, thrilling tale returns to New York.

Sweeney Todd seat view photos show what view you will get for your money. Our users will start adding seat views when the show opens.