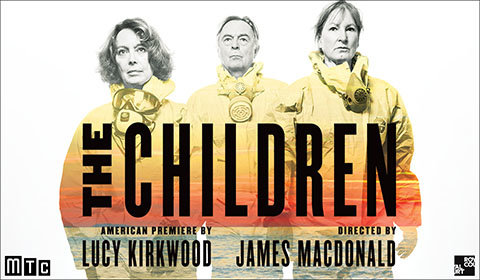 In an isolated cottage on a sparsely populated stretch of British coastline, former nuclear engineers Robin and Hazel are spending their retirement quietly. Outside, an environmental disaster involving a nuclear reactor has caused devastation, disorder and regret. When the couple’s old colleague Rose unexpectedly arrives at their door, what seems to be a catchup between friends swiftly transforms into something altogether darker.

The original London cast are set to reprise their roles for The Children on Broadway.

Deborah Findlay (Hazel) was last on the New York stage in Stanley (1997), with other credits including Top Girls, Vincent River and Coriolanus.

Francesca Annis (Rose) has twice appeared in Hamlet on Broadway, first as Ophelia (1969) and later as Gertrude (1995). She is a six-time BAFTA Television Award nominee, having won for ITV’s Lillie.

Taking the classic “unexpected visitor” trope and imbuing it with huge environmental and existential questions, The Children is an expertly crafted piece of new writing. It begins previews at the Samuel J. Friedman Theatre on November 28, 2017.

Special notice: Fans of Lucy Kirkwood’s Chimerica should grab tickets for her latest smart, unique and contemporary play. With plenty of existential questions at its heart, The Children is also an excellent choice for theatergoers wanting to be challenged as well as entertained.

The Children seat view photos show what view you will get for your money. Unfortunately we do not have any seat views for this show.