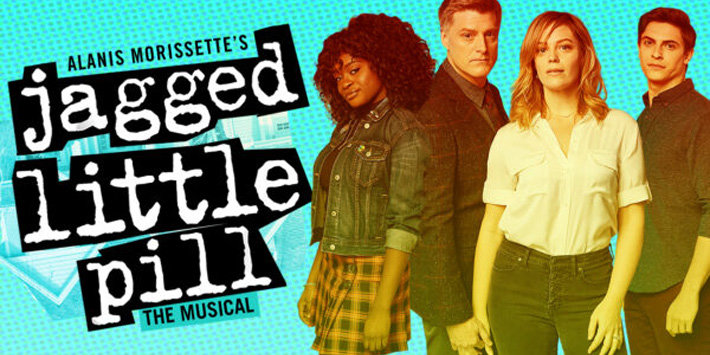 The Healys project a desirable image to their suburban community: a nuclear family of mom, dad, son and daughter. But when disturbing events threaten to shake the foundations of their picture-perfect lives, the quartet face a difficult decision. Do they uphold the status quo, or face uncomfortable truths about themselves, their community and the wider world?

Jagged Little Pill plays to a soundtrack including “You Outghta Know” and “Hand in My Pocket” alongside brand-new songs written for the show.

Jagged Little Pill at the Broadhurst Theatre features a book by Academy Award-winning writer Diablo Cody (Juno), with direction from Diane Paulus, who is the current Artistic Director at A.R.T. Music supervision and arrangement is provided by Tom Kitt (Next to Normal) and choreography by Sidi Larbi Cherkaoui.

Jagged Little Pill seat view photos show what view you will get for your money. Unfortunately we do not have any seat views for this show.