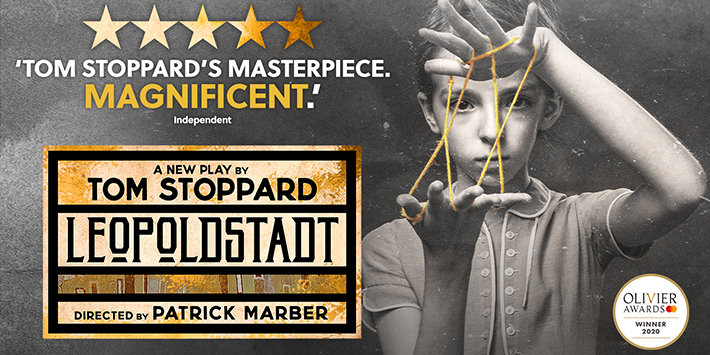 Set in Vienna, Austria, Stoppard’s Leopoldstadt play is the multi-generational story of one Jewish family in 20th century Europe. At the turn of the century, Vienna’s Jewish quarter is a thriving, prosperous area for families who escaped pogroms and oppression. But as the years pass by, fascism begins to march across Europe.

Tom Stoppard is one of the UK’s most prolific playwrights; his debut work Rosencrantz and Guildenstern are Dead remains a culturally significant work in British theater. Leopoldstadt is his most personal play yet, inspired by his own family history. It premiered at London’s Wyndham’s Theatre in 2020 where it won two prestigious Olivier Awards, and now opens at Broadway’s Longacre Theatre.

With a cast of 38 actors playing numerous roles over the course of the show, the Leopoldstadt Broadway season is directed by Patrick Marber (Closer).

This passionate, sweeping play demonstrates a new side to Stoppard’s celebrated career, taking audiences on a deeply personal journey of oppression, family and faith. Don't miss this award-winning play with Leopoldstadt Broadway tickets.

Running time: 2 hours (without an intermission)

Leopoldstadt seat view photos show what view you will get for your money. Our users will start adding seat views when the show opens.