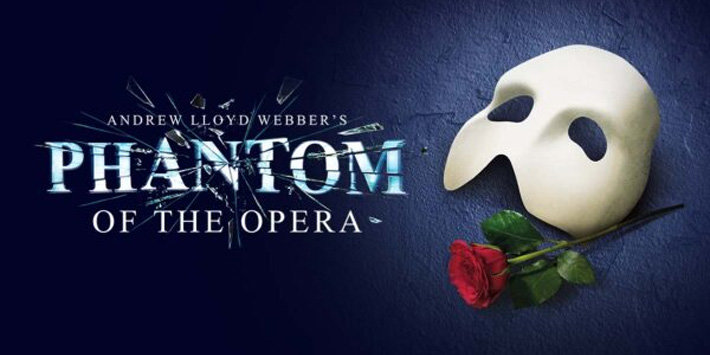 Majestic Theatre
138 seat views
After opening at the Majestic Theatre in 1988 and winning seven Tony Awards including Best Musical, Andrew Lloyd Webber's global smash-hit The Phantom of the Opera has become the longest-running show on Broadway. With stunning sets and dazzling special effects set to an unforgettable soundtrack, The Phantom of the Opera in New York continues to prove itself a beloved classic of musical theater.

Based on Gaston Leroux’s novel, The Phantom of the Opera is set in a Parisian Opera House haunted by the infamous Phantom, who holds a reign of terror over its residents. When beautiful soprano Christine Daaé becomes the object of his affections, the Phantom devotes himself to making her a star. However, his emotions soon darken into obsessive jealousy when Christine falls in love with someone else.

Ben Crawford stars as The Phantom, with previous credits including Charlie and the Chocolate Factory and Big Fish. He is joined by Kaley Ann Vorhees, who returns to the role of Christine after becoming the youngest actress to take on the part in New York, and John Riddle (Frozen; The Visit) as Raoul.

The Phantom of the Opera is directed by Hal Prince, who also originated the show in London’s West End. He is the recipient of 21 Tony Awards, with other credits including Cabaret, Sweeney Todd and Company. Musical theater legends Andrew Lloyd Webber (Cats, Jesus Christ Superstar), Charles Hart (Aspects of Love) and Richard Stilgoe (Cats, Starlight Express) collaborated to produce the book, music and lyrics behind the show’s richly dramatic score. Other creatives include choreographer Gillian Lynne and Tony Award-winning production designer Maria Björnson.

A dramatic, quintessential Broadway production that sets the standard for all who came after it, The Phantom of the Opera at the Majestic Theatre is a musical obsession that never dies.

Age recommendation: Recommended 10+. No under 4s.

The Phantom of the Opera seat view photos show what view you will get for your money. Our users will start adding seat views when the show opens.

Earn double Rewards points by adding your The Phantom of the Opera seat view photo! Use your points for Theatre Tokens and Encore Tickets vouchers and get money off your next theatre trip.