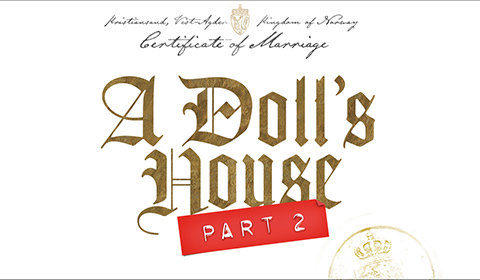 Golden Theatre
0 seat views
As a sequel to Henrik Ibsen’s 1879 masterpiece, A Doll’s House, Part 2 tells the story of Nora’s return to the home she left behind 15 years ago. What follows is a provocative and insightful comedy, staged spectacularly at the Golden Theatre.

A Doll’s House, Part 2 uses modern language and biting wit to tell a suspenseful story of confrontation that looks to the past but delivers contemporary messages about freedom and responsibility. Lucas Hnath’s intelligent writing will connect with any theatre audience, regardless of whether they are familiar with Ibsen’s original play.

Tony Award winner, Sam Gold (Fun Home) directs with skill and pace, creating compelling connections and quarrels between the four characters of the piece. The 90-minute run-time whisks by thanks to Hnath’s compelling writing and universally strong performances from a cast with many awards between them.

Laurie Metcalf (Misery, The Other Place) originally starred as Nora, for which she won the Tony Award for Best Actress in a Play. She has since been replaced by Julie White, who herself won a Tony Award for The Little Dog Laughed in 2007. Stephen McKiney Henderson (Fences) plays estranged husband Torvald. Jayne Houdyshell (The Humans) plays sympathetic maid Anne Marie. Erin Wilhelmi gives a mature and measured performance as Emmy, Nora & Torvald’s daughter; now grown up and dealing with the consequences of Nora leaving the family home when she was a child.

A Doll’s House, Part 2 is an intelligent and explosively funny piece of writing backed up by deft direction and brilliant performances. A play not to be missed at the Golden Theatre.

Special notice: Lovers of truly smart and provocative comedy – and not only those who are familiar with the original A Doll’s House.

A Doll's House, Part 2 seat view photos show what view you will get for your money. Unfortunately we do not have any seat views for this show.