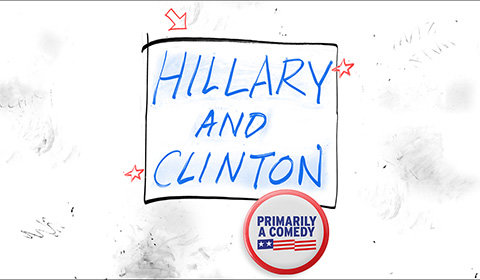 Described by its writer as “a play about the Clintons that's not a play about the Clintons”, Hillary and Clinton pulls back the curtain on the 2008 presidential elections, as the former First Lady desperately tries to save her campaign. Caught between conflicting advice from her husband Bill and campaign manager Mark, Hillary’s troubled bid for America’s highest office is reimagined as a familiar story turned on its head.

Laurie Metcalf stars as Hillary, with credits including Misery (2015) and the Tony Award-winning Three Tall Women (2018). She also appeared in Roseanne on television and in indie film Lady Bird, for which she received an Academy Award nomination for Best Supporting Actress. Two-time Tony Award and six-time Emmy Award-winner John Lithgow plays Bill, having previously appeared in Dirty Rotten Scoundrels and M. Butterfly on stage.

Hillary and Clinton is written by Lucas Hnath, whose credits include A Doll’s House, Part 2. It is directed by Joe Mantello, who won Tony Awards for his work on Assassins and Take Me Out. The creative team also includes set designer Chloe Lamford (London: Circle Mirror Transformation, Amadeus, Berlin: Ophelia, 1984) and costume designer Rita Ryack (Casa Valentina, My One and Only).

With infinite possibilities written into a smart and funny script, audiences can expect to be surprised and challenged in the alternate universe of Hillary and Clinton, now playing at the Golden Theatre.

Special notice: Fans of new writing that strikes a real chord with contemporary issues should grab tickets for Hillary and Clinton. With star turns from Laurie Metcalf and John Lithgow, this production will also appeal to anyone wanting to catch award-winning actors in an intimate play.

Hillary and Clinton seat view photos show what view you will get for your money. Unfortunately we do not have any seat views for this show.

Acting at its finest!