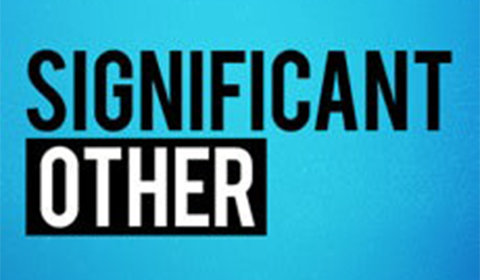 New Yorker Jordan Berman has a date… maybe. As everyone around him starts to couple up, he faces the challenge of an ever-dwindling circle of singleton peers, and a rapidly growing battle to avoid becoming the third wheel. In Significant Other Jordan and his three closest friends clumsily pick their way through love and friendship in the search for Mr. – or Mrs. – Right.

Significant Other first played Off-Broadway at the Laura Pels Theatre. Its run at the Booth Theatre marks playwright Joshua Harmon’s Broadway debut. His previous efforts include the Outer Critics Circle nominated Bad Jews, which has been performed across the US, UK and Australia.

The show is directed by Trip Cullman (Take Me Out) with scenic design from Tony and Drama Desk nominee Mark Wendland (Next to Normal), costume design by Kaye Voyce (Shining City) and lighting by five-time Tony Award nominee Japhy Weideman (Dear Evan Hansen).

Bring a date – or come alone: Significant Other at the Booth Theatre is a poignant but piercingly funny appraisal of being young, single and confused. It begins previews on February 14 2017.

Special notice: Significant Other is the perfect date-night treat… and the perfect solo outing for anyone wanting to avoid the Valentine’s Day rush.

Significant Other seat view photos show what view you will get for your money. Unfortunately we do not have any seat views for this show.